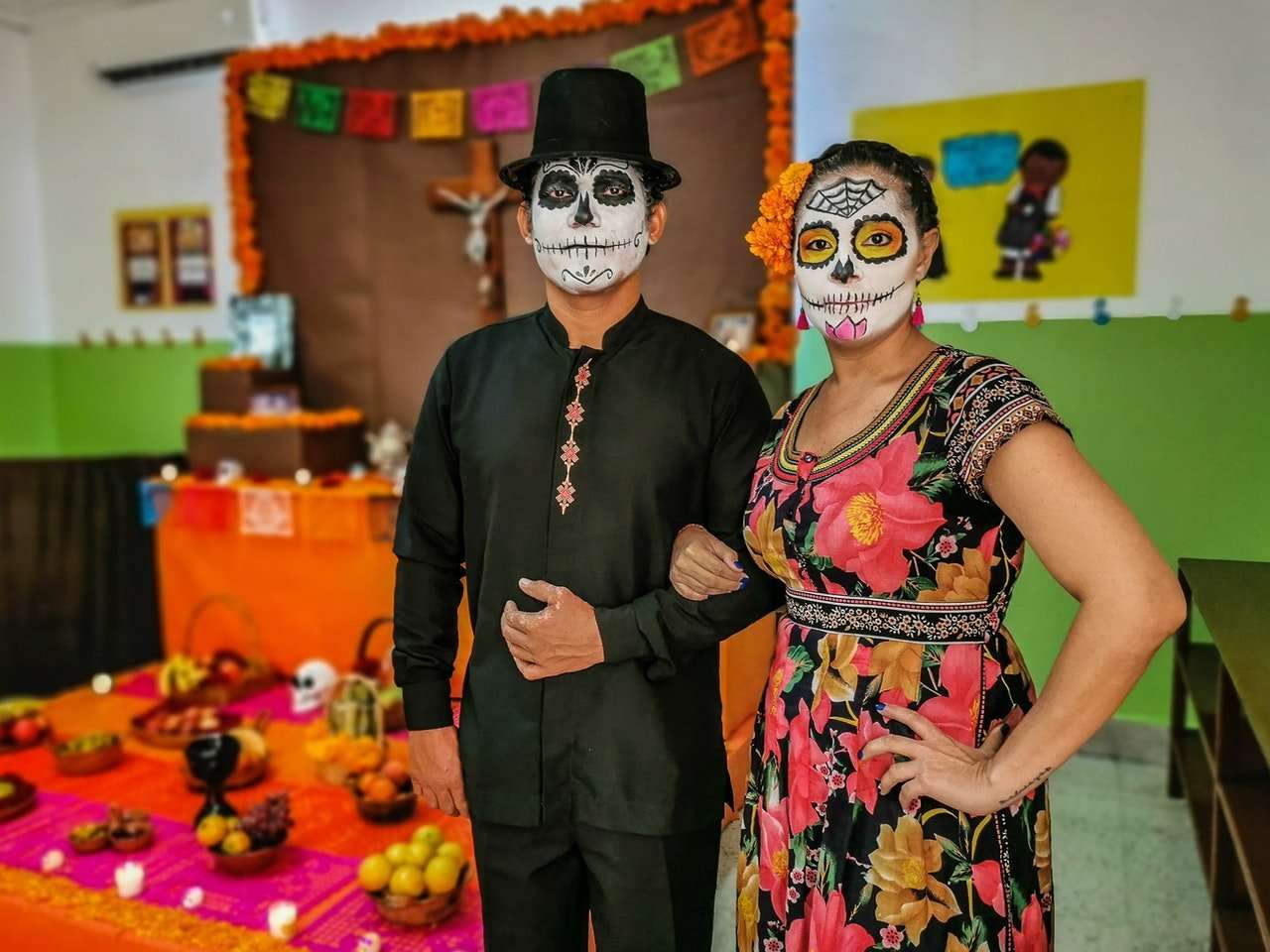 Not long ago, the Day of the Dead was largely unknown throughout the US. You couldn’t find Day of the Dead-themed candle holders at Target or kitchen towels at World Market decorated with “calaveras,” ornate and colorful skulls associated with this holiday.

For several thousand years, indigenous people in what is now Mexico honored the dead with celebrations throughout the month of August. The commemoration was moved centuries ago to coincide with All Saints Day, and the more modern Día de los Muertos combines both pre-Columbian traditions and Catholic customs.

Traditionally, Día de los Muertos – also known as Día de los Difuntos – is celebrated on November 2. Families celebrate their lost loved ones at home or at the cemetery: if at home, by constructing an altar; if at the cemetery, by cleaning and decorating graves. In both instances, relatives make a special effort to provide an exuberant space in which the departed can feast and dwell. On home shrines and gravestones, family members place “ofrendas,” gifts to the dead, which can include favorite meals and beverages, sugar skulls, jewelry, toys, and other significant items. Marigolds, or “flor de cempasúchil” (Nahuatl for “flower of twenty petals”), are widespread.

Día de los Muertos has extended beyond a time to remember the deceased, and it has also become a venue for political expression, as protesters use the opportunity to bring attention to their causes (click here to see some beautiful photos—many related to political activism, such as commemorating journalists killed in Mexico and college students who disappeared following a police clash).

But back to plastic LED candles made in China and sold in Target… It’s only in the last few years or so that I remember seeing so much, and so widespread.  I was curious how this was viewed by the Latino community, and I was happy to find a commentary by Esther Cepeda in which she polled her friends on the topic. She notes their mixed feelings, similar to her own, about companies trying to profit from cultural appropriation while at the same time responding to the increase in US Hispanic purchasing power.

The real question is whether it is better to live in the U.S. where Day of the Dead is completely under the radar, as it was a mere decade ago, or if it’s worth it to have a tradition break into the cultural mainstream, even if quite imperfectly?

Perhaps another way of looking at it is to recognize the inevitable cultural transformations and evolutions inherent to mass and prolonged immigration when displaced traditions and customs take root in different parts of the world and converge with the cultural, economic and social specificities of their new places. In this case, an ancient pre-Columbian celebration, which had already undergone a radical transformation in modern Mexico through its adoption of Christian elements, undergoes yet another change by taking root in American culture, incorporating, for better or worse, some of its elements.

To a certain extent, this is what happens with Mexican and Hispanic music, food, and other cultural manifestations (see our blog on Cinco de Mayo). It is what occurs with language, when anglicized words such as “raite” or “troca” (“ride” and “truck”) become ubiquitous. Such expressions are distinct, and what’s more, appropriate to their contexts. The Day of the Dead celebration thus manifests itself in the US not “quite imperfectly,” but “quite differently,” incorporating some of the characteristics of its new home, including those we may find objectionable. In this sense, whereas the Day of the Dead in Mexico does not necessarily need to be commodified to belong to the mainstream, in the US it does, because in a certain sense commodification is, alas, fundamental to our culture, caught as it is in the web of consumption and consumerism.

*Thanks to my colleague Osvaldo de la Torre for his many contributions to this post.