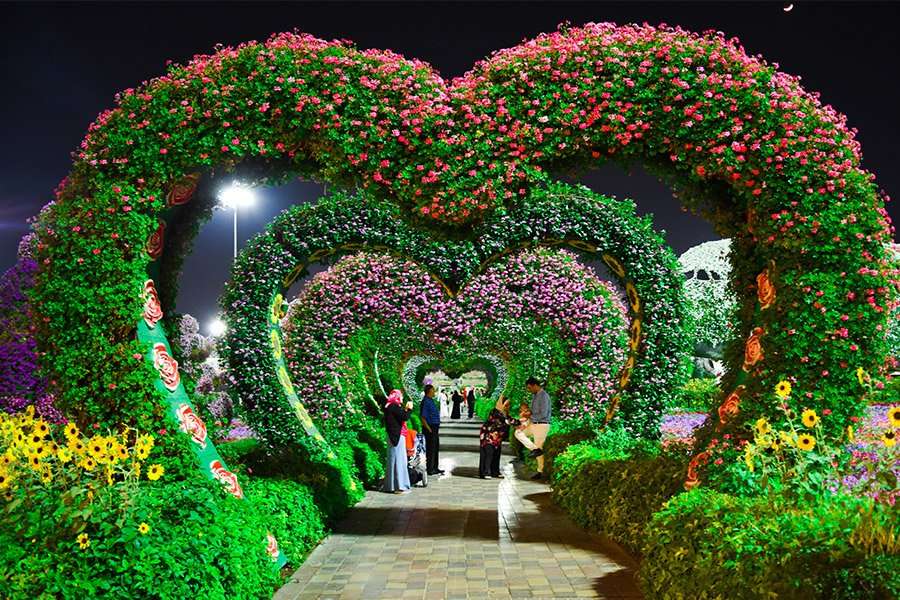 It’s Valentine’s Day here in the U.S., which means it’s time to shower our loved ones with heart-shaped cards and chocolates to show them how much we love them. For many, we have become so accustomed to these acts of love on Valentine’s Day that they have now become part of American culture. But as people in the United States partake in these displays of affection on Valentine’s Day, have you ever wondered how people celebrate love in other countries around the world?

We asked our global team members to weigh in on how love is celebrated in their countries, and we found that some cultures have Valentine’s Day traditions that have nothing to do with hearts and flowers. Others have adopted the U.S. version of Valentine’s Day, adapting it to reflect their culture and understanding of love. Here’s what we found out from talking with our team members around the world.

Celebrating Love Across the World

Argentina: a Week of Sweetness 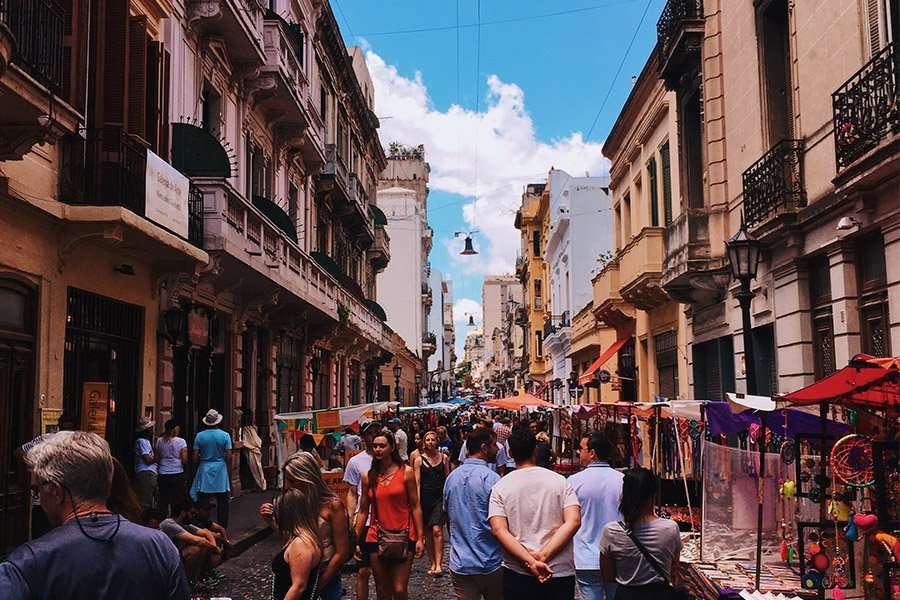 In Argentina, people celebrate love three times a year! Valentine’s day is known as Día de Los Enamorados (Day of Those in Love) and the tradition is very similar to the United States holiday: chocolates, flowers, and teddy bears.

Argentinians also celebrate a Week of Sweetness (La Semana de la Dulzura ) in July – and it’s exactly what it sounds like! The tradition started in 1989 when a candy company, Arcor, launched an advertising campaign with the slogan “una golosina por un beso,” which means “give a piece of candy in exchange for a kiss.” It is celebrated every year from July 1st to July 7th and is not purely romantic: you can give candy to your best friend, a family member, or a coworker to show them your appreciation.

An even more popular celebration in Argentina is Día del Amigo (Friends Day) on July 20th. On that day, all of the restaurants are booked because EVERY group of friends, teenagers and adults alike, gets together to celebrate. (It’s a different type of love, but still love nonetheless!)

The equivalent to Valentine’s Day in China is the Qixi Festival, or the Seventh Night Festival, which falls on the 7th day of the 7th month on the lunar calendar. According to a Chinese legend, a cowherd, Niulang (Chinese: 牛郎) and a girl weaver, Zhinü (Chinese: 织女), who are deeply in love, are allowed to see each other only on this day every year. It’s a beautifully crafted tale,  and you can learn more about its origins here. The most prevalent custom for this day is girls praying to Zhinü for sewing skills, as Zhinü is regarded as a beautiful woman deft at weaving. “In the evening of the festival, girls sew some articles to compete with each other and prepare delicious fruits to worship Zhinü in order to be endowed with the masterly sewing skill. They are not only hoping for this skill, but also praying for love.” – (Qixi Festival)

Valentine’s Day is a major holiday in Egypt, especially among millennials and the younger generation. It is common for couples to go out for a date on February 14th and exchange gifts, like roses, chocolates, stuffed animals, or jewelry. Restaurants and florists make special preparations in anticipation of customers celebrating the holiday.

Asfar back as the 1980’s, Egypt has also had another holiday for love on November 4th. The idea for this holiday was put forth by a prominent Egyptian journalist when he witnessed a funeral with just a few people walking with the deceased –  an unusual sight since it’s customary for all loved ones to walk along with the funeral procession. The journalist learned that the deceased was an old man with very few family and loved ones left. After that, the journalist suggested a holiday for love in all forms – not just romantic love – in order to make sure that people acknowledge and celebrate it.

Valentine’s Day in Guatemala is very similar to the American tradition: couples usually go for dinner and dancing or take a weekend trip to Antigua, Guatemala or Atitlan Lake. Single people go out with their friends or have a house party. A lot of people also exchange gifts at work, at the university, or their church groups, and you don’t get to pick who you’re buying a gift for – just like Secret Santa in the United States.

Japan does things quite differently. Valentine’s Day is celebrated on the 14th of February, but instead of exchanging gifts, women buy gifts and chocolates for their male friends or lovers. Then, men give chocolates in return on March 14, which is called the White Day.

Fun Language Fact: “I love you” does exist in the Japanese language, but it is hardly ever used in daily life. Instead, people would say, “I like you” and that really means “I love you”.

In Mexico, Valentine’s day is known as El Día del Amor y la Amistad (the Day of Love and Friendship). While the holiday comes from the United States, it’s now widely celebrated and usually involves the exchange of small gifts with friends, family members, and romantic partners. School children often exchange candy or trinkets with their classmates. And during the week of Valentine’s, you’ll see vendors pop up at traffic stops to sell candy, balloons and flowers, especially roses. On the more extravagant end of romantic gestures, a man might hire a Mariachi band to serenade a lover in front of her house. (You might think this is something from the movies, but this happens quite often!)

Peru: the Perfect Destination for Lovers

Valentine’s Day in Peru is certainly a big deal. The week before, you’ll see many stores and restaurants decorated with red balloons, roses, and hearts, and of course, there are special deals on romantic dinners for two, chocolates, and flowers. One of the most representative places connected to this day is the Parque del Amor (Park of Love) in Lima. On February 14, this park, located by the sea and with a very romantic view, is full of couples and street vendors selling red roses. In general, many couples buy presents for each other. Typically, men buy gifts for women – gifts like flowers, chocolates or teddy bears.

Russia combines a fascinating mix of Orthodox, Western, and even pagan traditions. Young people in Russia celebrate Valentine’s Day by going out to a restaurant and exchanging gifts, like heart-shaped cards, flowers, and chocolates.

However, Russian people also celebrate Peter and Fevronia Day, known as the Day of Family, Love, and Faithfulness, on July 8th. Peter and Fevronia are the Orthodox patrons of marriage, and this day was officially introduced in 2008 as a Russian version of Valentine’s Day. On this day, cities usually hold concerts, craft fairs, and fireworks. The symbol of this holiday is a daisy, which brings us to another interesting Russian tradition. Young women sometimes use daisies to tell the future: you rip off petals of a daisy one by one, saying: “he loves me, he loves me not, he will kiss me, he will send me away…” The last petal tells you the truth about someone you love. Of course, it is not taken seriously, but if you’re not sure about your loved one’s feelings, it calls for desperate measures!

South Korea: a Day for Every Occasion

Valentine’s Day is a popular holiday among young couples in South Korea. And just like in Japan, women give their men gifts as well as flowers and chocolates on the 14th of February. On March 14, men return the favor with chocolates, flowers, and gifts on the White Day. Valentine’s and the White Day are generally celebrated by younger (and single) Koreans as days when they can express their feelings for someone. However, in Korea, it’s just the beginning of a monthly celebration. On April 14, single people who didn’t receive any gifts on the previous days celebrate the Black Day by eating black bean sauce noodles (Jja-jang-myeon). Some say it’s a celebration of being single, while others see it as a lament of the single life. After, there is a Rose Day in May, a Kiss Day in June, and a Hug Day in December. You can find out more information about Valentine’s Day traditions in South Korea here.

Spain: a Day of Books and Roses

Different regions of Spain have different traditions for celebrating love. For example, the day of love in Valencia falls on October 9th, which is known as the feast of Saint Dionysius. On this day you’ll find colorful parades on the streets of the villages of Spain. Also, in most parts of Spain men make macadora, a marzipan figurine for their female companions.

But our favorite tradition is Saint George’s Day, which is traditionally celebrated in several regions of Spain and especially in Catalonia. La Diada de Sant Jordi, also known as El Día de la Rosa (The Day of the Rose) or El Día del Llibre (The Day of the Book), is on 23 April. On this day, lovers, friends, and even colleagues exchange roses and books. Historically, men gave women roses, and women gave men books – “a rose for love and a book forever.” In modern times, the mutual exchange of books is very common. On this day in Barcelona and all over Catalonia, thousands of stands of roses and bookstalls are set up for the occasion. By the end of the day, six million roses and 800,000 books will have been sold. Most women will carry a rose in hand, and half of the total yearly book sales in Catalonia take place on this day!

Turkey: a Fun Excuse to Spend Time Together

In Turkey, Valentine’s Day is mostly celebrated by young people. Couples usually buy gifts for one another – items of high quality to show that they deserve the very best (a nice watch, a dress, perfume, etc.) or something sentimental, like framed pictures or a romantic experience. Valentine’s Day is not taken too seriously and mostly recognized as a fun excuse to spend time together. However, it’s considered indecent and frowned upon to break up with someone right before Valentine’s day. That would usually be interpreted as “s/he did not even want to celebrate it with me/buy a gift for me/did not even consider me as someone to get serious with.”

Holidays and traditions carry different representations in different cultures, and Valentine’s Day is just one example. If your business is global, your communication will be more effective if it’s localized for your target audience.

At Multilingual Connections, our global network of language and culture experts and innovative technology solutions will ensure that your message resonates with your audiences around the world. Contact us – we’d love to discuss your project goals!

P.S. Thanks to our great team for contributing their experiences and personal stories about Valentine’s Day in their countries. This was a blast!

One Thousand and One Dialects: On the Varieties of Arabic