A festival of color - Multilingual Connections
Skip to content 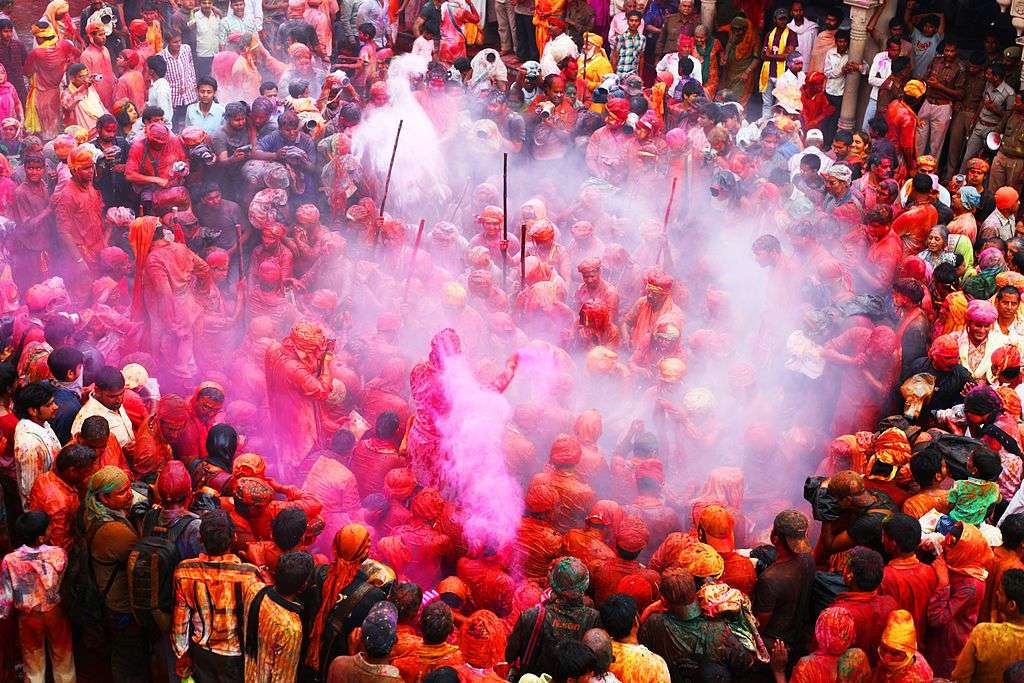 Holi is a two-day Hindu festival that celebrates the arrival of spring, the end of winter, and the spirit of friendship. One of the most notable customs of this ancient religious festival is the free-for-all that erupts among participants as they throw brightly colored powder (called gulal) on other celebrants and soak one another with water guns and water balloons.

Attendees at this festival will hear people saying “bura na mano, Holi hai”. A quick trip to Google Translate may tell you that what you’re hearing means “Never mind, Holly”, but in practice, the real meaning is closer to “Don’t be offended, it’s Holi”. In other words, this is a festival where norms of behavior may not apply.

Another famous tradition, representing the child-god Krishna’s affinity for stealing buttermilk, involves women hanging of a pot of buttermilk high in the streets. Men will then form a large human pyramid beneath it, and the man at the very top will break the pot with his head.

Today, March 13, marks the beginning of this year’s Holi festival, though celebrations around the world will occur throughout both April and May. In Chicago, a city in which over 170,000 people from India and Pakistan call home, there will be many opportunities to participate in this festival. One hopes the frivolity beckons the arrival of warmer springlike temperatures in Chicago!